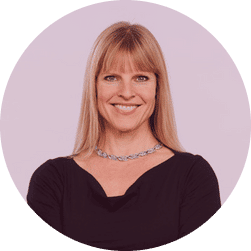 Deanna can help with: 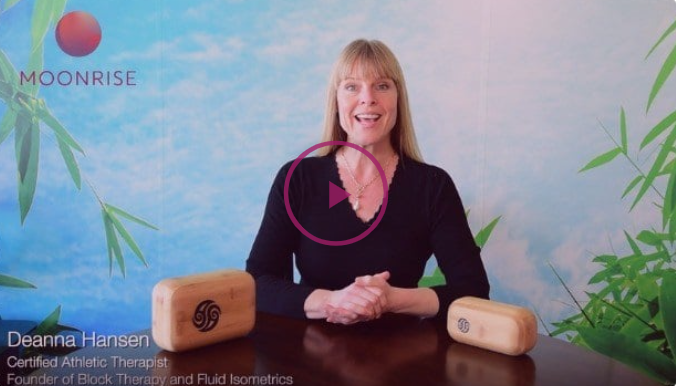 I found the block therapy routines by Deanna Hansen very interesting – they were helpful in relaxing those muscles and creating space and strengthening the diaphragm. The block therapy is working well for me and also doubles as relaxation and meditation time as I focus on breathing and relaxing the pelvic floor.

Deanna is a certified athletic therapist. During her teenage years and 20s, Deanna suffered from eating disorders, anxiety attacks, chronic pain, constipation, and depression. She was also 50 pounds overweight even though she worked out constantly and had an active job as an Athletic Therapist & Bodyworker.

A lack of answers from the medical community about her health conditions left her feeling very alone and unsupported. Deanna would use alcohol as a way to cope with her emotions and relax in social settings.

In 2000, when Deanna was 30-years-old, she decided to quit drinking. Six months later, she suffered a terrifying panic attack. She couldn’t breathe and thought she was going to die. Her professional intuition pushed her hand into her abdomen in the hope that a guided bodywork technique might help. The pain (and scar tissue) she felt when doing this took her out of her head and grounded her, helping her move through the panic attack easier.

What she had discovered was groundbreaking.

After two days of using this technique, Deanna felt more calm, and the heaviness she once felt in her stomach began to fade. A short time later, Deanna’s entire body began to change. Weight was falling off, her chronic issues were improving and, most importantly, the anxiety disappeared.

It was the catalyst for creating two techniques — Fluid Isometrics and Block Therapy — that now give her clients immediate and long lasting results. Deanna offers MoonRisers exclusive access to her revolutionary methods through a daily schedule of exercises that help reduce anxiety while reversing pelvic floor dysfunction symptoms like prolapse, incontinence, and others. Perhaps, most invaluable of all, she teaches self-care which is unbelievably powerful in your evolution towards total rehabilitation.